The Tweed Courthouse was built between 1861 and 1881 and designed by architects John Kellum and Leopold Eidlitz. In 1861, John Kellum won a commission to build the Tweed Courthouse. He created neoclassical-style courtrooms and offices as well as the first two floors of the rotunda. After Kellum's death, the City commissioned Leopoid Eidlitz to complete the interior and design a new south wing in 1874. Eidlitz incorporated elements of Romanesque architecture into the building's design, including interior polychromed brick, richly carved stonework and a skylight over the octagonal rotunda.

In 2001, a comprehensive restoration was completed. The front staircase, which had been removed in 1940 to widen Chambers Street, was reconstructed. The historic paint scheme, which includes faux brick painting and gold leaf applique, was restored. Tweed is a designated New York City landmark.

The second floor of the Tweed Courthouse is available for events. The second floor includes the Rotunda, Central Room, and Conference Room. It measures 3,285 square feet and can accommodate a maximum of 300 standing or 150 seated guests. In the rotunda, impressive views stretch up to the stained-glass ceiling. 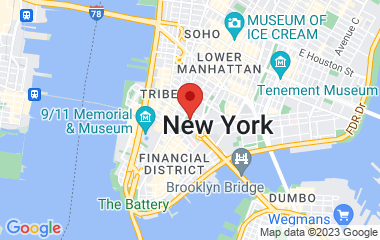 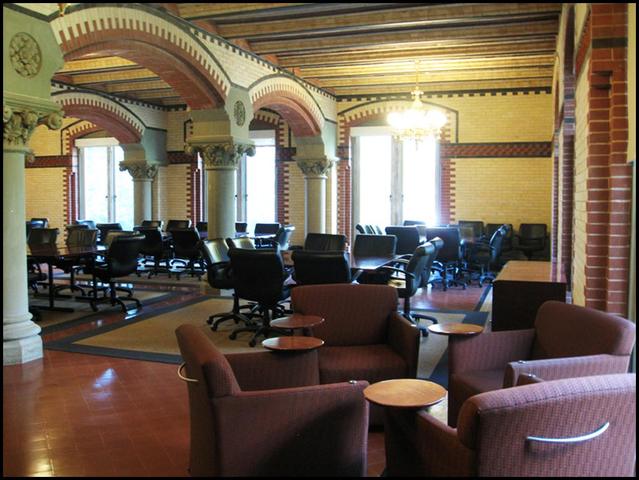 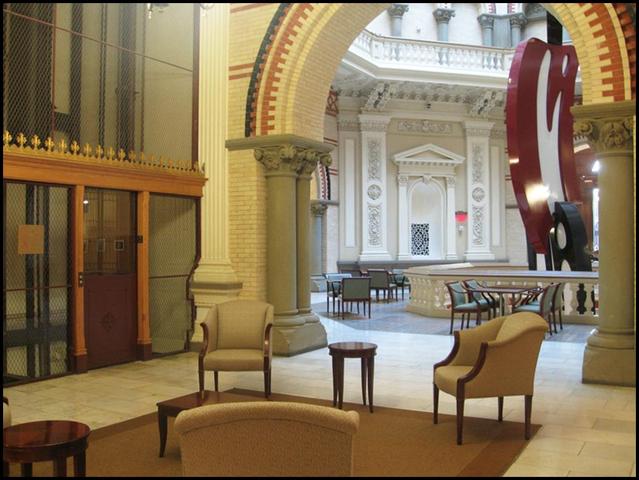 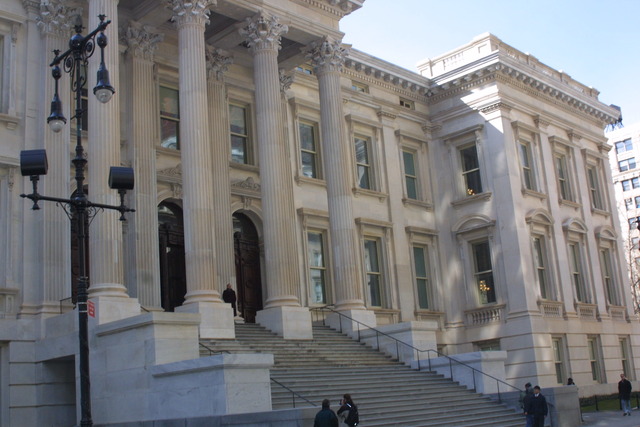