The Surrogate's Courthouse, also known as the Hall of Records, was constructed in a Beaux Arts style and opened in 1907. It is located on the northwest corner of Chambers and Centre Streets, across from City Hall Park and the Manhattan Municipal Building. It houses the City's Municipal Archives and courtrooms for the Surrogate's Court of New York County.

The seven-story, steel-framed building-faced with granite from Hallowell, Maine features fifty-four sculptures by prize-winning artists Philip Martiny and Henry Kirke Bush-Brown. The sculptures represent allegorical figures, such as New York in its infancy, New York in Revolutionary Times, Philosophy, Law and the seasons. The Surrogate's Court is a designated New York City landmark.

The three-story interior lobby, featuring a marble double staircase leading to colonnaded second floor balconies, is available for approved functions. The Surrogate's Court's elaborate interior is a replica of the hall of Garnier's Paris Opera House. The lobby and balcony measure 10, 268 square feet and can accommodate 600 standing or 300 seated guests. 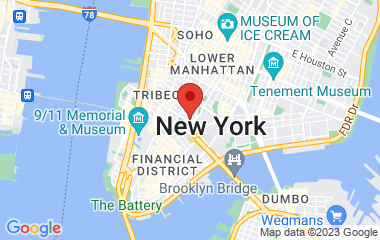 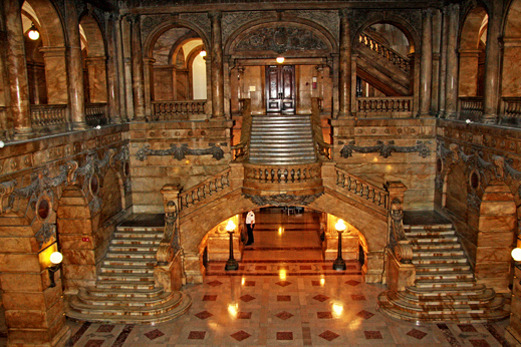 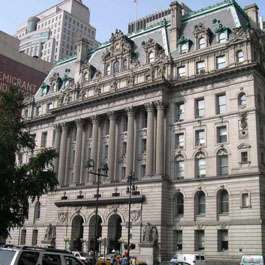