The Surrogate's Courthouse, also known as the Hall of Records, was constructed in a Beaux Arts style and opened in 1907. It is located on the northwest corner of Chambers and Centre Streets, across from City Hall Park and the Manhattan Municipal Building. It houses the City's Municipal Archives and courtrooms for the Surrogate's Court of New York County.

The seven-story, steel-framed building-faced with granite from Hallowell, Maine features fifty-four sculptures by prize-winning artists Philip Martiny and Henry Kirke Bush-Brown. The sculptures represent allegorical figures, such as New York in its infancy, New York in Revolutionary Times, Philosophy, Law and the seasons. The Surrogate's Court is a designated New York City landmark.

The three-story interior lobby, featuring a marble double staircase leading to colonnaded second floor balconies, is available for approved functions. The Surrogate's Court's elaborate interior is a replica of the hall of Garnier's Paris Opera House. The lobby and balcony measure 10, 268 square feet and can accommodate 600 standing or 300 seated guests.


The Manhattan Supreme Court, located at 60 Centre Street, was designed by Guy Lowell of Boston in a classical Roman style and opened in 1927. The granite-faced hexagonal building has a broad set of steps that sweeps up from Foley Square to a massive Corinthian colonnade covering the front of the courthouse.

The building is topped by an elaborate 140 foot long (43m) triangular pediment carved in bas-relief set into granite. The pediment by Frederick Warren Allen includes three statues: Law, Truth, and Equity. Its mass and scale give the building the appearance of a temple. The Courthouse replaced the former New York County Courthouse on Chambers Street, known as the Tweed Courthouse, and was designated a New York City Landmark in 1966.

The rotunda and second floor hallways are available for approved functions. They measure 5,832 square feet and can accommodate up to 600 standing or 300 seated guests. The exterior terrace, located atop the elaborate front staircase, can accommodate a maximum of 300 standing guests.


The Tweed Courthouse was built between 1861 and 1881 and designed by architects John Kellum and Leopold Eidlitz. In 1861, John Kellum won a commission to build the Tweed Courthouse. He created neoclassical-style courtrooms and offices as well as the first two floors of the rotunda. After Kellum's death, the City commissioned Leopoid Eidlitz to complete the interior and design a new south wing in 1874. Eidlitz incorporated elements of Romanesque architecture into the building's design, including interior polychromed brick, richly carved stonework and a skylight over the octagonal rotunda.

In 2001, a comprehensive restoration was completed. The front staircase, which had been removed in 1940 to widen Chambers Street, was reconstructed. The historic paint scheme, which includes faux brick painting and gold leaf applique, was restored. Tweed is a designated New York City landmark.

The second floor of the Tweed Courthouse is available for events. The second floor includes the Rotunda, Central Room, and Conference Room. It measures 3,285 square feet and can accommodate a maximum of 300 standing or 150 seated guests. In the rotunda, impressive views stretch up to the stained-glass ceiling.


141 Worth Street opened in 1930 as a central home for New York State government offices in Lower Manhattan. In 1984 the building was renamed in honor of Louis Lefkowitz, New York State's longest serving Attorney General. It was turned over to New York City in 2002 and it now houses the Manhattan City Clerk's Marriage Coast granite and Centre Street lobby is decorated in an elaborate Art-Deco Egyptian design. It is located near Foley Square and is bound by Worth, Centre, Leonard, and Baxter Streets.

The Marriage Bureau is availble for events and is located on the first floor. It meaures 6,800 square feet and extends the entrire length of the building, from Worth to Leonard Streets. The renovated space can accommodate up to 200 standing guests. It is ideal for after-wedding gatherings.


The Queens Civil Courthouse, completed in 1997, is composed of limestone, granite, and glass. The building has two wings and a common glass - encased lobby. A public plaza on Sutphin Boulevard helps unify this building with the older Supreme Courthouse across the street. The building won awards for design excellence from both the Queens Chapter and New York State section of the America Institute of Architects.

The lobby and jury selection room, located on the first floor, are availble for approved events. The entire space, which includes a second floor lobby overlook, measures 5, 921 square feet and can accommodate 400 standing or 200 seated guests. The modern courthouse has impressive floor-to-ceiling windows allowing for ample natural lighting.


The Queens Supreme Courthouse, built in 1936, is located on a block bounded by Sutphin Boulevard, 89th Avenue, 148th Street, and 88th Avenue. It currently houses the Supreme Court, Surrogate Court, and County Clerk.

The building was designed in a neoclassical style with Alabama limestone facade. While the recessed entrance is marked by a Corinthian colonnade, the rest of the building is modern in style, with sheer walls and no window trim. The Courthouse is a designed New York City landmark.

The second floor hall measures 8,051 square feet and is availble for approved functions accomodating 400 standing or 200 seated guests. The vestibule and lobby walls are faced in different colored marbles and a grand double stairscase leads to the event space.


Brooklyn Borough Hall is located in the heart of downtown Brooklyn. It was built in 1848 in a greek Revival style. It was originally constructed to be Brooklyn's City Hall. In 1898, the city of Brooklyn was consolidated into the five boroughs of New York City and the building became "Borough Hall."

In 1966 the building was designated a landmark by the New York City Landmarks Preservation Commission and in 1980, the building became "Borough Hall."


The Bronx County Courthouse is located in the South Bronx on the Grand Concourse, crossed by 161st Street. The building was designed in a Classical Revival style and constructed between 1931 and 1934.

The Veteran's Memorial Hall has a number of plaques commemorating soldiers and the wars in which they fought. It also features large murals depicting pivotal moments in the founding of the Bronx, the fight to conquer and maintain the land, and the institution of a formal legal system. The murals occupy almost all of the wall space and each figure is larger than life-size. The space is elegantly lit by two gold chandeliers.

The Veteran's Memorial Hall is located centrally on the main floor and it has doors opening to the north, south, west, and east exits. The space measures 6,045 square feet and can accommodate up to 400 standing or 200 seated guests. 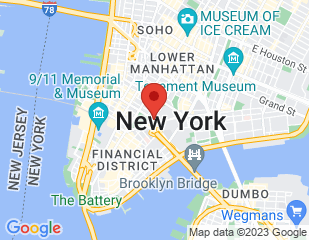